There are always some tranquil places in the noisy city, recording the development and changes of the city with history, warmth, and stories. These are museums where you can appreciate the old things and enjoy the old stories.

There are many museums in Qinhuangdao, have you ever been there? The Qinhuangdao Glass Museum is the first state-owned glass museum in China, being built on the relics of the Yaohua Glass Factory in 1922, which is a national cultural relics protection unit. The museum is located at No.44 Wenhua Road, Haigang District, Qinhuangdao City, with a total area of 11.25 mu and a building area of 2822 square meters.

The museum is composed of an exhibition area, a heritage park, a theme restaurant, and an office area. It is a public cultural facility that integrates functions of collection, research, education, display, and leisure. 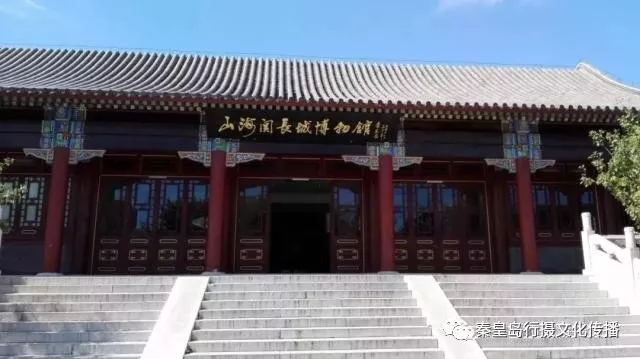 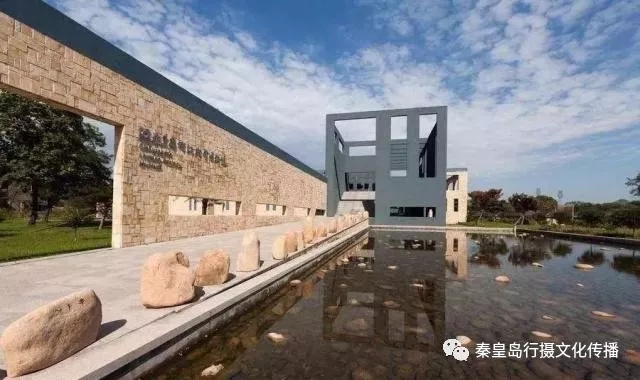 The Liujiang Geoscience Museum is composed of the Earth Science Hall, the Liujiang Basin Geological Relics Hall, the Mine and Fossil Hall, the Qinhuangdao National Geological Park Landscape Hall, and the Multimedia Meeting Hall.

It shows the geological relic resources such as the universe and solar system, earth structure, geological effects, biological evolution, sea and land changes in the Liujiang Basin, and the beautiful geological natural landscape of Qinhuangdao through pictures, videos, models, simulation scenes, and physical specimens.

The contents of the exhibition cover earth science, Liujiang treasures, appreciation of mine rocks and fossils, and geological scenery of Qinhuangdao, which is good for science education and geoscience knowledge promotion and education. It is a geoscience museum integrating science, knowledge, and leisure.

Knowledge Museum of Jieshi National Park is located in the Grape Town, which is a magnificent, modern and international building.

The museum mainly consists of seven knowledge exhibition halls, including world coordinates, strategic vision, life waterfall, ten books of Jieshi, watching the sea on Jieshi, cultural view, and international parks, all of which are popular among the children.

5  Beidaihe Museum of History and Culture 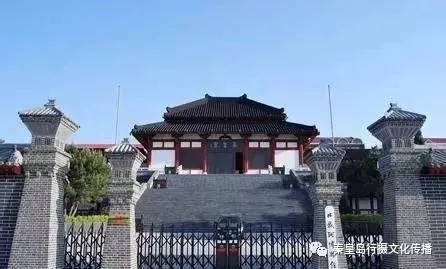 The Beidaihe Museum of History and Culture (former Beidaihe Museum) is adjacent to the Beidaihe Olympic Avenue Park and officially opened on July 22, 2009, which is a large-scale comprehensive and non-profit museum with the theme of displaying historical relics, and integrating exhibitions, scientific research and cultural services.

Bus Route: Take bus No. 37 and get off at Beidaihe Museum Station 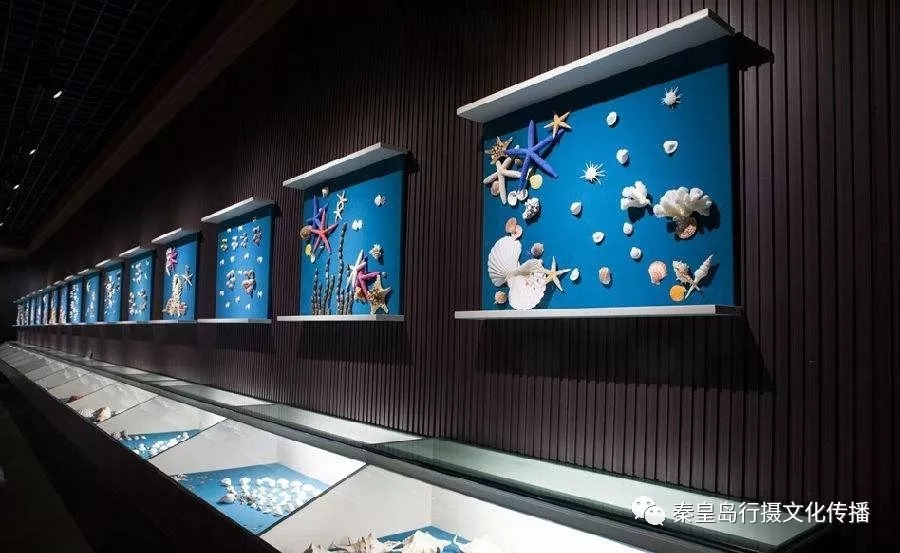 The Kingdom of Shell (Science Museum) complex is located in the beautiful Nandaihe of Qinhuangdao City, adjacent to the summer resort Beidaihe, with an area of more than 30,000 square meters, and an initial investment of 200 million yuan. The Kingdom of Shell (Science Museum) is a comprehensive tourist attraction with the theme of shells, integrating shell exhibitions, science popularization education and tourism. It is an important tourism and cultural project that integrates vacation tourism, leisure, entertainment, science popularization, culture, shopping and catering. 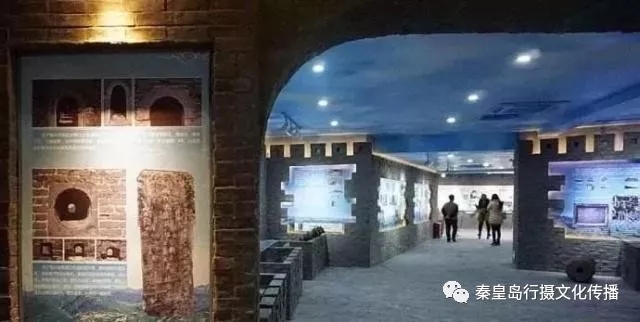 With a total area of 990 square meters, this museum consists of “Historical Relics” and “Cultural and Folk Customs”. The “Historical Relics” is divided into six exhibition halls chronologically from the Stone Age, Xia, Shang, Zhou, Spring and Autumn and Warring States, Qin, Han, Sui, Tang, Song, Yuan, Ming and Qing Dynasties, and the Republic of China, in addition to a unique exhibition hall that introduces the local Great Wall.

All the exhibits here are the Paleolithic tools unearthed in Dasuozhuang Village, Chapeng Town, Funing District, including diamond-shaped double dragon mirror of the Tang Dynasty unearthed from the north of Shuangling Majia Heishi Village, Daxinzhai Town, white porcelain bowl of the Liao Dynasty unearthed from Binggezhuang Village, Funing Town... the familiar place names are linked to the ancient utensils, which brings the sense of history. The Beidaihe Roller Skating Museum is the first roller skate museum in Asia with a construction area of about 721 square meters. At present, the museum collects nearly a hundred precious roller skating materials, more than 200 physical exhibits of roller skating, and more than 500 pictures of various types. 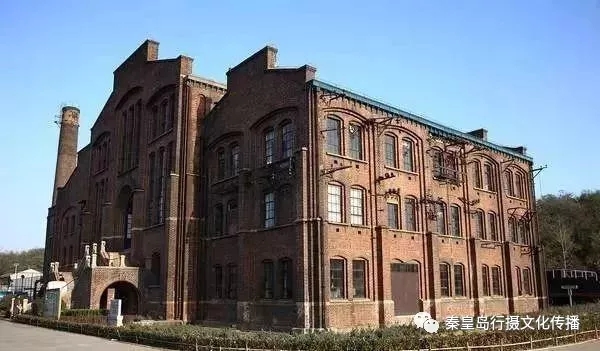 The Qinhuangdao Electric Power Museum was transformed by Qinhuangdao Nanshan Power Station. According to reports, the museum exhibits cover more than 1000 precious cultural relics including power books, physical objects, and maps in different periods of the late Qing Dynasty, the Republic of China, and the early days of the founding of the PRC, systematically showing the development of electricity in the whole country, northern Hebei and Qinhuangdao.

The Qinhuangdao Nanshan Power Station, which was built in 1928, was designed by the Charleroi Electrical Engineering Workshop in Belgium and completed in 1929. It supplies power to the Qinhuangdao Port built in the late Qing Dynasty and the Yaohua Glass Factory built in the Republic of China. 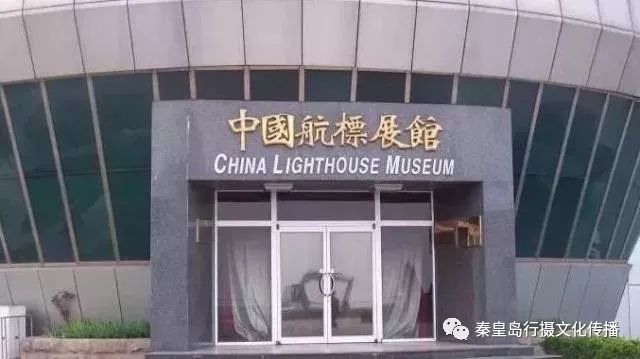 The China Lighthouse Museum is located on the south side of the beautiful Dongshan Park in Qinhuangdao City, adjacent to the Site of Qin Shi Huang Seeking for the Immortality into the Sea. The exhibition hall is a unique round building with distinctive navigation marks. It has become a window for young people to “know the ocean, understand the maritime affairs, and love the motherland”. 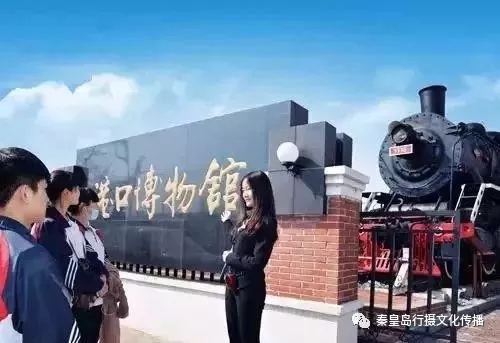 The port museum is located at the site of the Qinhuangdao Senior Staff Club of the former Kailuan Mining Bureau, a national key cultural relics protection unit. The indoor and outdoor exhibition areas of the museum comprehensively and deeply demonstrate the historical process of the formation and development of Qinhuangdao Port from many perspectives, vividly reflecting the rapid development of Qinhuangdao Port and its brilliant achievements in the century since the reform and opening up. The Shanhaiguan Ancient City Folk Custom Museum is the Wang Family Compound. It is a special folk custom museum, covering an area of more than 10 mu and a building area of over 2000 square meters. It is divided into three sets of Compounds and 18 exhibition halls, which is a typical quadrangle of Ming and Qing Dynasties. It was built in the late Ming and early Qing Dynasties with rigorous and elegant layout.

The buildings are covered with tiles on the roof and bricks on the ground, flowers and bamboos are all over the courtyard, with the birds singing and butterflies dancing in the fragrant air. The Wang family flourished in the Xianfeng years, and has become a wealthy merchant in the Guangxu years, almost occupying half of the Shanhaiguan city.

Bus Route: Take No. 25 or 33 and get off at Nanmen stop of Shanhaiguan 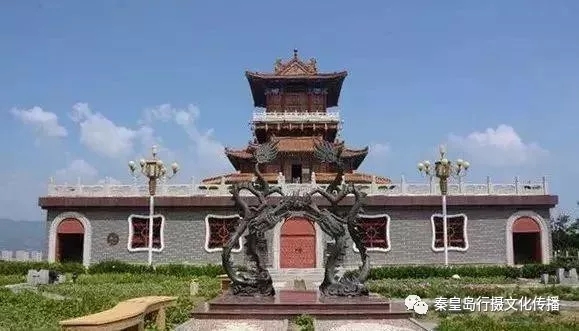 Qinglong Pavilion and Ethnic Museum is one of the main buildings of Qinglong Nanshan Ecological Tourist Park. It is a five-story building with golden yellow glazed tiles and red columns. The overall architecture is in the Qing Dynasty style. The first floor of the museum is the planned exhibition hall and the exhibition hall of folk custom, calligraphy and painting.

The second floor is the cultural relics exhibition hall, which is divided into four exhibition halls including the Stone Age Hall, displaying more than 250 historical relics in various periods from the ancient times to the founding of New China. The third floor is the tourist center and tourist souvenir exhibition hall. The fourth and fifth floors are high-end tea house and club. 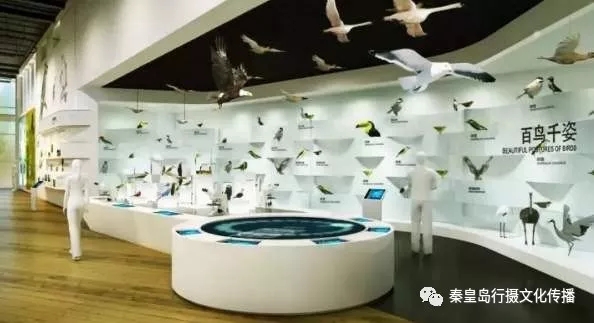 The Qinhuangdao Bird Museum is located on Gechi Road, Beidaihe Seaside, covering an area of 50 mu, with a total area of 1947.39 square meters, and the exhibition area of 1650 square meters. It is a special science museum collecting bird specimens and displaying the origin, evolution, and development of birds in a multimedia manner, with knowledge and fun.