Qinhuangdao Electric Power Museum is the first electric power theme museum in China based on the renovation of a century-old power house. It is also the first electric power museum in Hebei Province, which is located in No. 60 of Donggang Road, Haigang District, with an area of 44,000 square meters and a building area of 2,100 square meters, opened to the public free of charge in December 2015.

Qinhuangdao Electric Power Museum was formerly known as Qinhuangdao Power Plant of Kailuan Mining Bureau. Designed and built in 1928 by the electrical engineering workshop of Charleroi, Belgium, the plant was completed in 1929 to meet the needs of the electric locomotive transportation in the port and the expansion of the Qinhuangdao Yaohua Glass Factory. Because it is located in the northern slope of Nanshan Mountain in Qinhuangdao City, it is also known as “Nanshan Power Plant”. 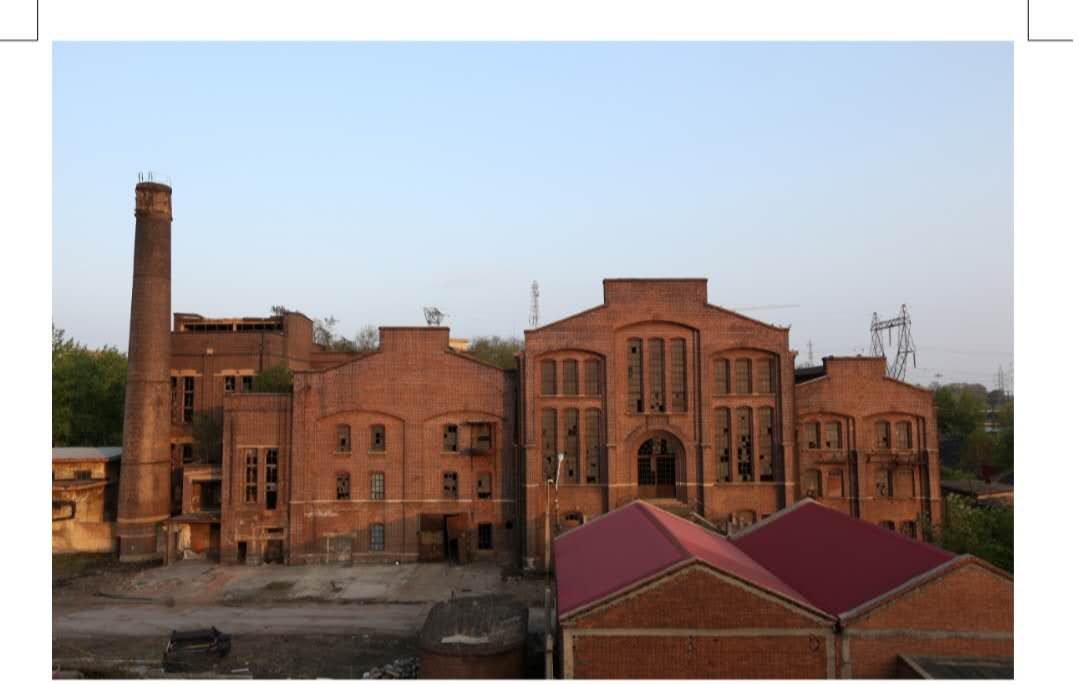 Nanshan Power Plant was shut down in 1979, and has been idle since then. In March 2013, it was listed among the 7th batch of key cultural relic protection units in China. In March 2015, the Qinhuangdao Power Supply Company of State Grid and the Bureau of Culture, Radio, Television, News and Publication of Qinhuangdao City, in line with the principle of “protecting cultural relics, repairing them as they were, inheriting history, and revitalizing”, carried out rescue repairs on the factory, and transformed it into the Electric Power Museum. In December 2018, it was listed among the 2nd batch of National Industrial Heritage by the Ministry of Industry and Information Technology.

This exhibition area mainly introduces the development of electric power in China in the more than one hundred years since the first electric lamp was lighted, including the evolution of the state power grid organization, and the milestone projects of China’s electric power development.

China usually defines the fifteen arc lamps lighted for public utility from the Bund of Shanghai to the Hongkou Investment Promotion Terminal in 1882 as the first electric lights in China. Thus, Shanghai was the first in China to use electricity. By 1903, Shanghai had formed the earliest urban power grid in China. The Nanshan Power Plant of Qinhuangdao also became  well-known throughout the country, as the “No. 1 Power Plant” in Hebei Province in the Power Distribution Map of China published in 1948.

After the founding of New China, the first 2.5-kilowatt steam turbine generator set in China was put into operation in 1952 in Fuxin Power Plant, Liaoning Province. After the reform and opening up, China's first 500 kV transmission line was built across the Yangtze River in 1979. The Three Gorges Dam--the largest water conservancy project in the world was started in 1994. In 2002, the State Grid Corporation was established to support the dream of electricity for the rise of the powerful country. You can learn more about the No. 1 records in the history of China's electric power development by interactive flipping through an inductive e-book.

This exhibition area mainly introduces the development of Beijing-Tianjin-Tangshan Power Grid, the evolution of the organization and the key work of Jibei Electric Power Co. Ltd.

The first lamp in the Beijing-Tianjin-Tangshan region was introduced by Li Hongzhang in 1888 and lit up in the palace of Empress Dowager Ci Xi. In order to guarantee the lighting of the court, the Beijing Xiyuan Electric Light Office was also established at that time.

It can be seen from the Geographical Wiring Diagram of Electric Power System of North China in 1949 that the voltage level at that time was 77 kV, and the power supply points were limited to Beijing, Tianjin and Tangshan. After the founding of New China, the electric power industry developed rapidly, the number of power points has gradually increased, and 110 kV lines were gradually extended. In 1957, Chengde and Zhangjiakou were successively incorporated into the Beijing-Tianjin-Tangshan Power Grid. In the 1960s and 1970s, the power optimization configuration began to take shape, and the Beijing-Tianjin-Tangshan grid with 220 kV lines as the main grid was initially formed. In 1964, Qinhuangdao was officially incorporated into the Beijing-Tianjin-Tang Power Grid, getting rid of the operation of the isolated network.

In the 1990s, with the rapid increase in power consumption in Beijing and North China, the power shortage situation became increasingly serious. Jibei Power Co., Ltd. of the State Grid focused on accelerating the transformation of development mode, and built the first demonstration base in the world for wind and solar storage and for transportation energy relying on the rich wind and solar resources advantages in Zhangjiakou. 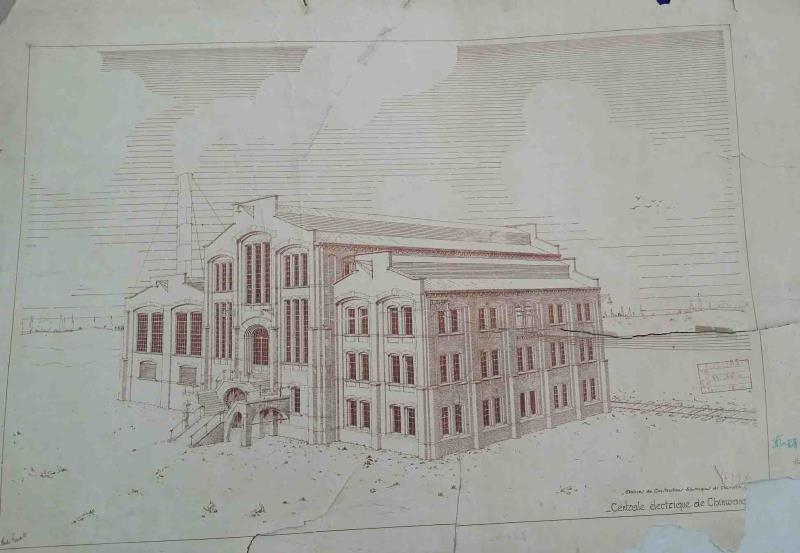 There are thirty-three pieces of original design and blueprints of the Qinhuangdao Power Plant of the Kailan Mining Bureau drawn by the electrical engineering workshop of Charleroi, Belgium in 1928. 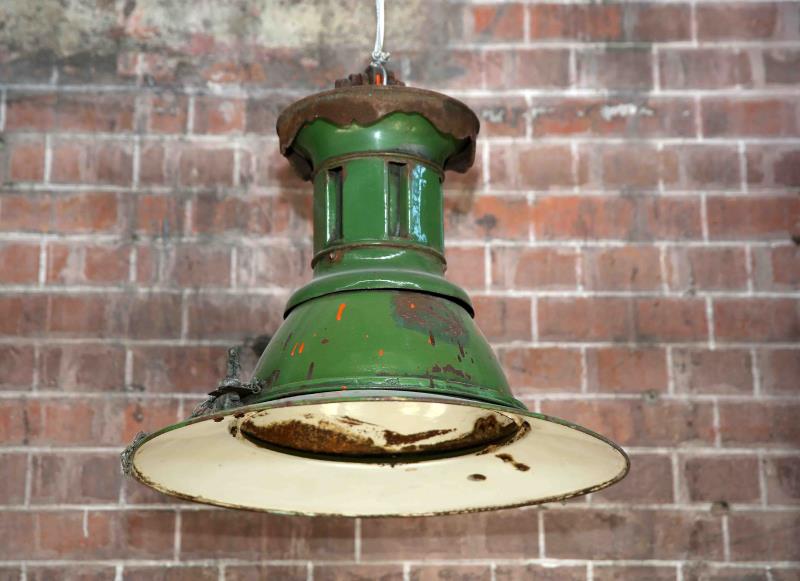 The original lamp umbrella was produced by the General Electric Company of the United States. There are 7 lamp umbrellas in the museum, which are well preserved and can still be used today.

Single-phase transformers produced in Osaka, Japan in 1944. This transformer is cooled by soybean oil and protected by insulation. It can still be used today. Kailuan clinker tiles were used in the construction of the factory in 1928. These are a kind of fire mud tiles which was produced with a western technique and have a hard texture. It sold well both at home and abroad. The grounds of Shanghai Customs Building, the British and French Concession in Tianjin, and Hong Kong’s Kowloon Wharf were all paved with these tiles. The KMA engraved on each of the tile is the abbreviation of Kailan Mining Administration. 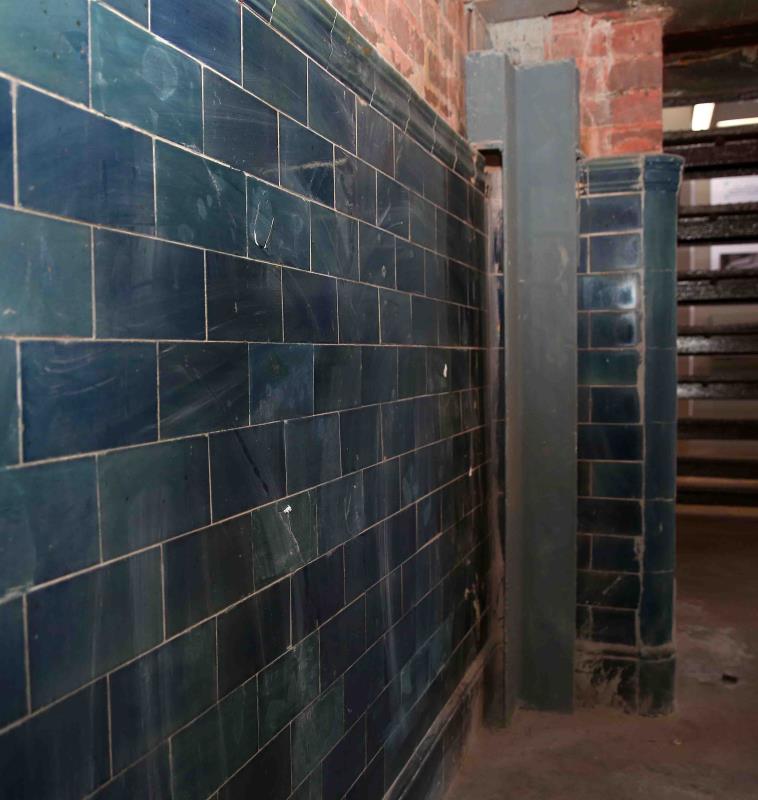 The magnetic wall skirt was used in the construction of the factory in 1928. These glazed tiles are still bright and beautiful after nearly a hundred years.

The first lamp in the Qinhuangdao area was lit in 1912 at the Shanhaiguan Railway Station of Beining Railway Electric Light Factory. Since then, Qinhuangdao has a long history of using electric power.

The hand-painted architectural drawings and structural blueprints of Qinhuangdao Nanshan Power Plant drawn in 1925 are the “highlights of the collection” of the museum. These precious historical materials were preserved by the senior staff of Qinhuangdao Electric Power Company at risk to their lives. 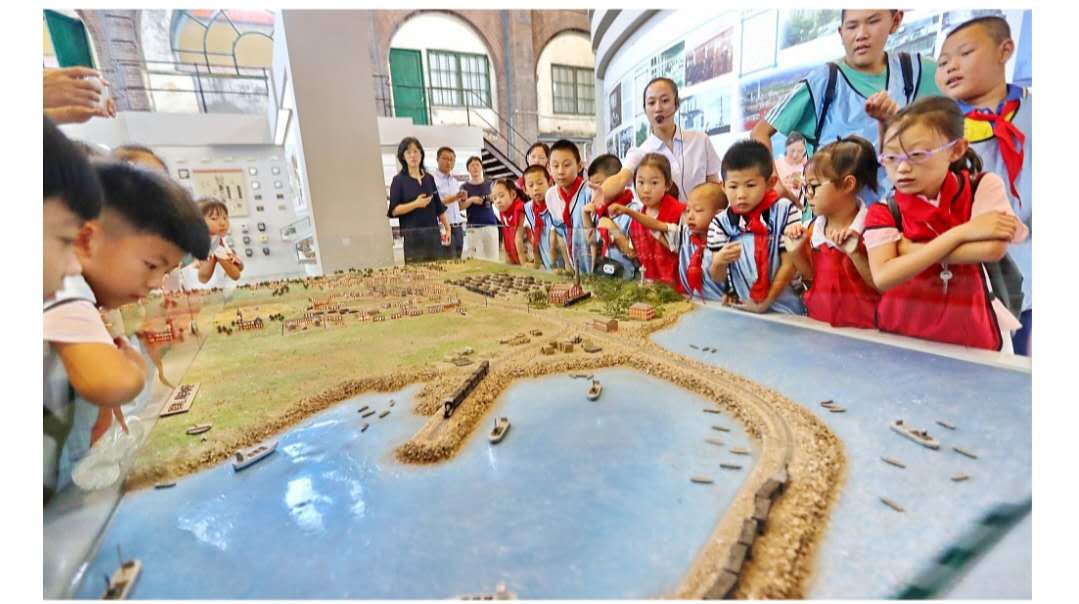 Relying on these historical materials and old photographs of the 1930s, the museum restored the sand table of the Qinhuangdao area at that time, recreating the architectures of Nanshan Power Plant, Port Wharfs, Catholic Church, Yaohua Glass Factory and some buildings in the urban area. 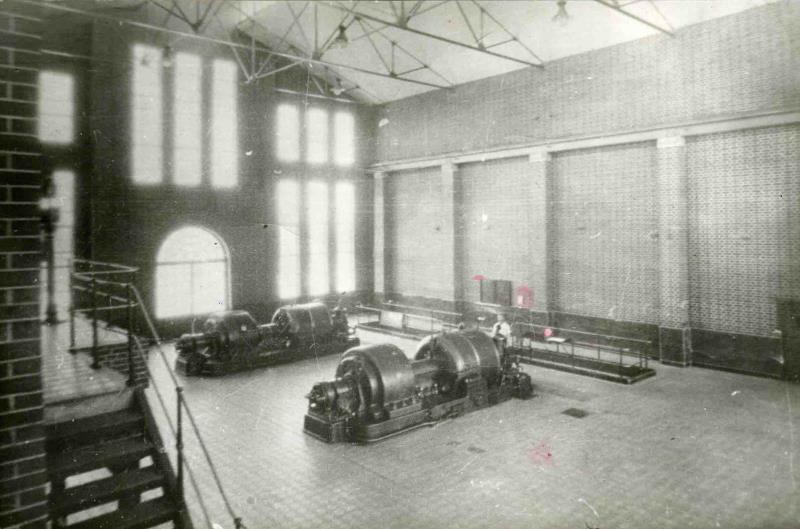 During the Tangshan earthquake in 1976, Qinhuangdao Power Plant took on the important task of transmitting electricity to the Beijing-Tianjin-Tangshan Power Grid. At that time, the fifth train power station with a power generation capacity of 9000 kW was relocated to Qinhuangdao City, and the power generation was operating again less than one month after the earthquake, which made great contributions to earthquake relief and post-earthquake recovery. 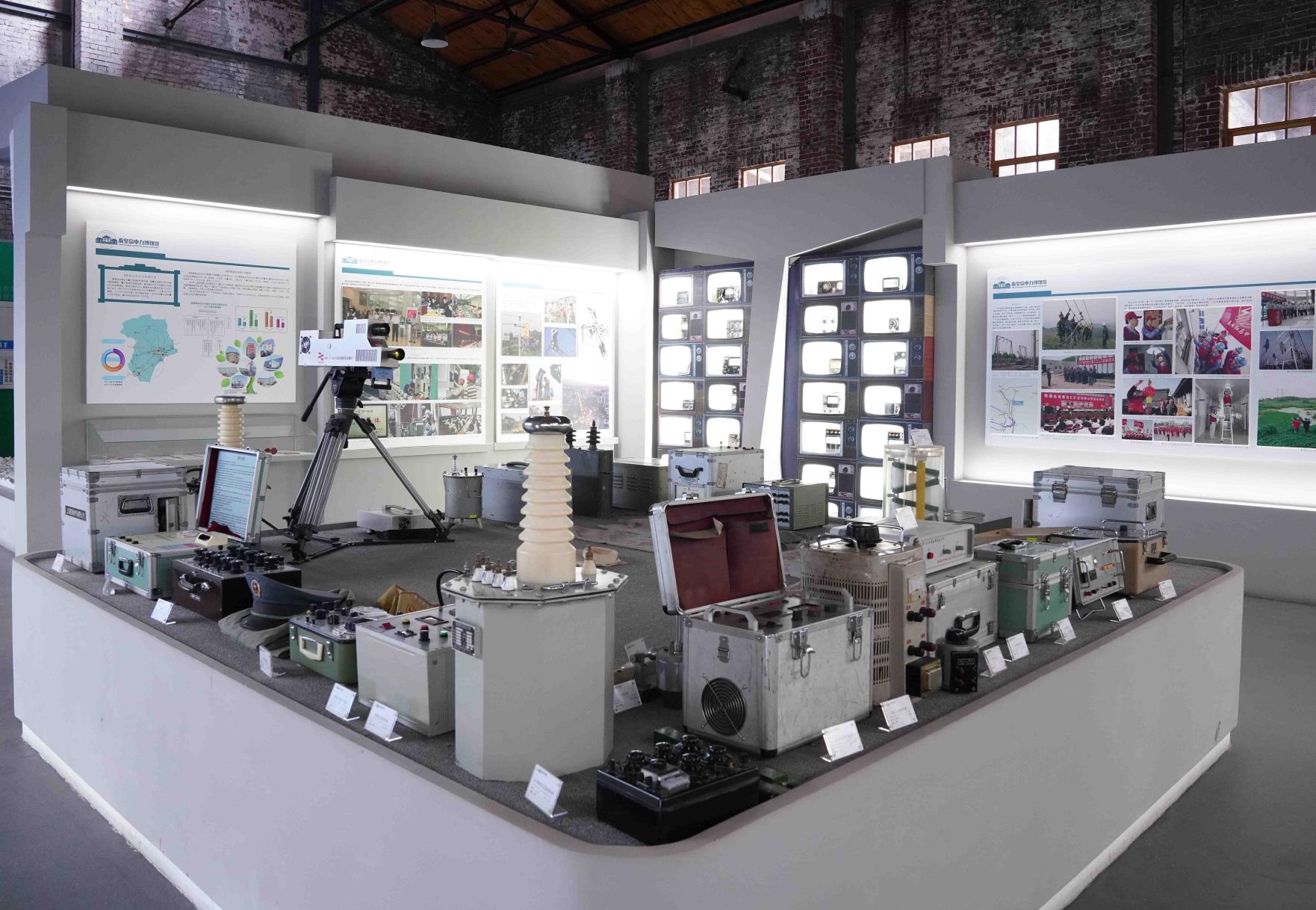 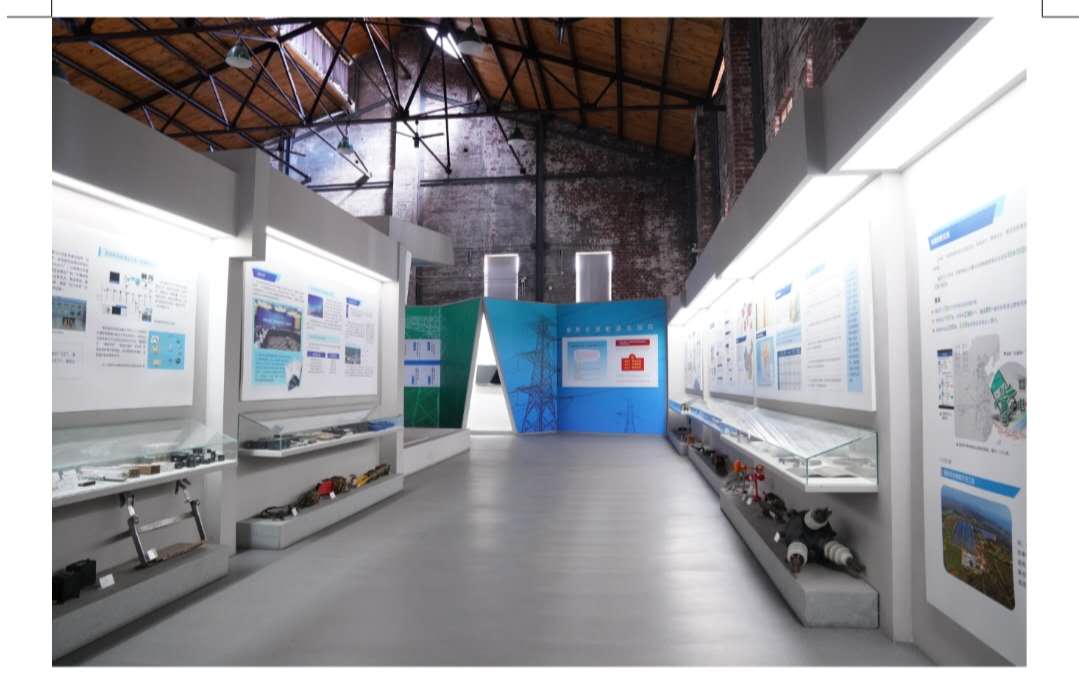 As a provincial power grid with all three elements of smart grid, UHV grid and clean energy grid, Jibei Company released the White Paper on the Development of Zhangjiakou Innovation Demonstration Zone of Global Energy Internet on May 13, 2016. The Zhangjiakou Demonstration Zone will focus on building five demonstration projects and five key projects to serve the economic and social development of the Beijing-Tianjin-Hebei region and the 2022 Winter Olympics. The Jibei company will complete the “four AC and four DC” UHV projects in the region during the 13th Five-Year Plan period.

In order to solve the problem of “weak ends” of the power grid, Jibei Company chose Qinhuangdao as the pioneer of intelligent distribution network construction. In accordance with the principle of “reference, replication, and promotion”, Qinhuangdao Company has built a modernized distribution network of “harmony and intelligence”. In the smart grid management, the “harmonious” management system was constructed to implement the efficient and coordinated operation of “four centers and four systems”.

This exhibition area shows the enterprise spirit of the State Grid Corporation, the core values of the enterprise, team building, and volunteer service activities.

The company focuses on the talents, implements the Million Reward Program for Skilled Talents, and promotes the application of a large number of “five small” innovation and efficiency projects, and has achieved remarkable economic and social benefits.

In 2001, the company established the “Red Vest” youth volunteer service team. In 2009, the “Red Vest” was registered by the State Administration for Industry and Commerce, and became a famous service brand in Qinhuangdao. It works hard and won praise from the society. 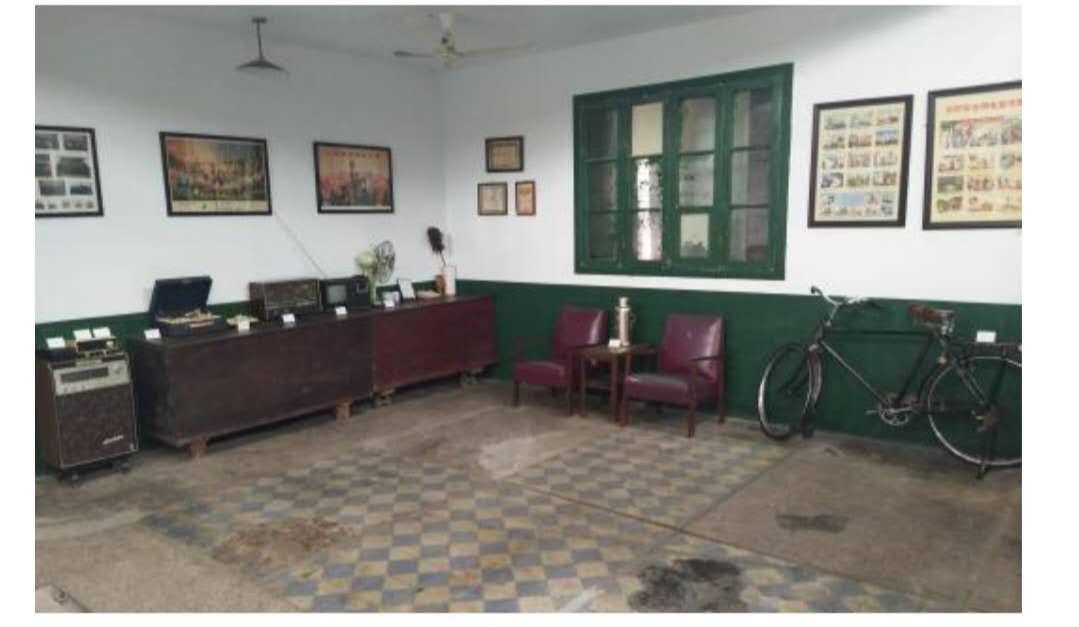 Hundreds of the old and precious photos of the Qinhuangdao area during the Republic of China are collected here.

The exhibition photos are divided into four series: the Scenery of the Great Wall, City memory, Chinese-Western Blending, and Common People. It comprehensively introduces the customs of Qinhuangdao from the end of the 19th century to the early 20th century, recording the beautiful scenery of Qinhuangdao, the Great Wall, and the daily life of the port city in the past 100 years. 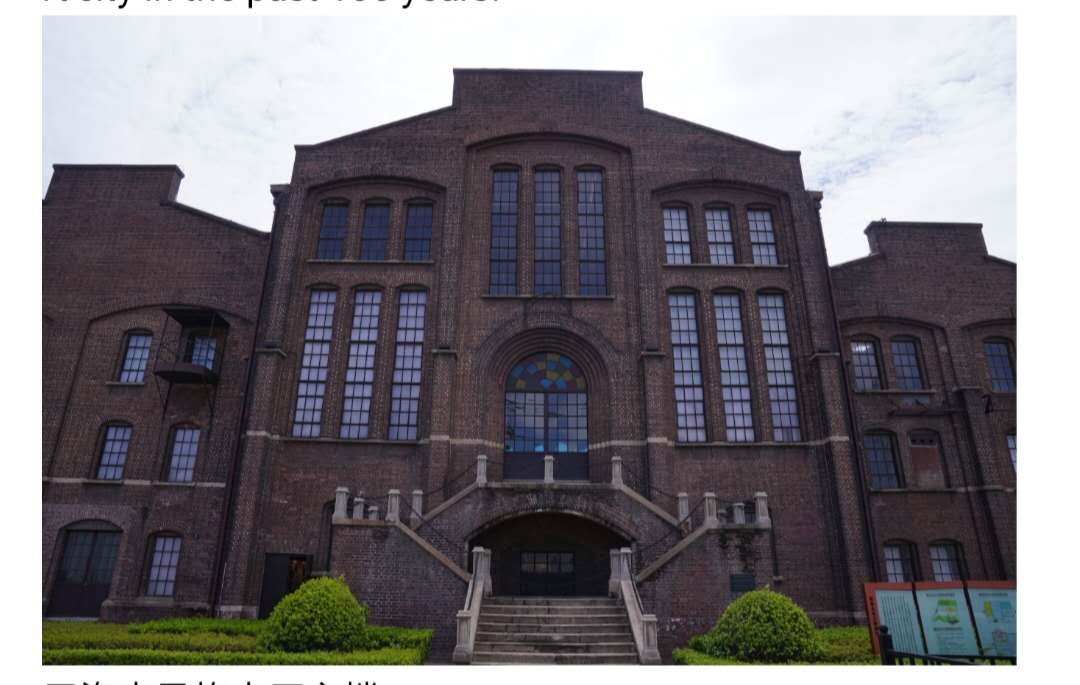 The Main building of the Power Plant in Baroque style

It was built in 1928, the wall is interspersed with curved and elliptical spaces, which is in the Baroque style and similar to the façade of the St. Paul’s Cathedral in Macau. It looks unrestrained and majestic.

As early as in 1901, the earliest port locomotive maintenance workshop in Qinhuangdao was built here. Since then, the self-provided railway of the Qinhuangdao Port has been laid here. The track displayed now is 323 meters long with three old wooden pillows. 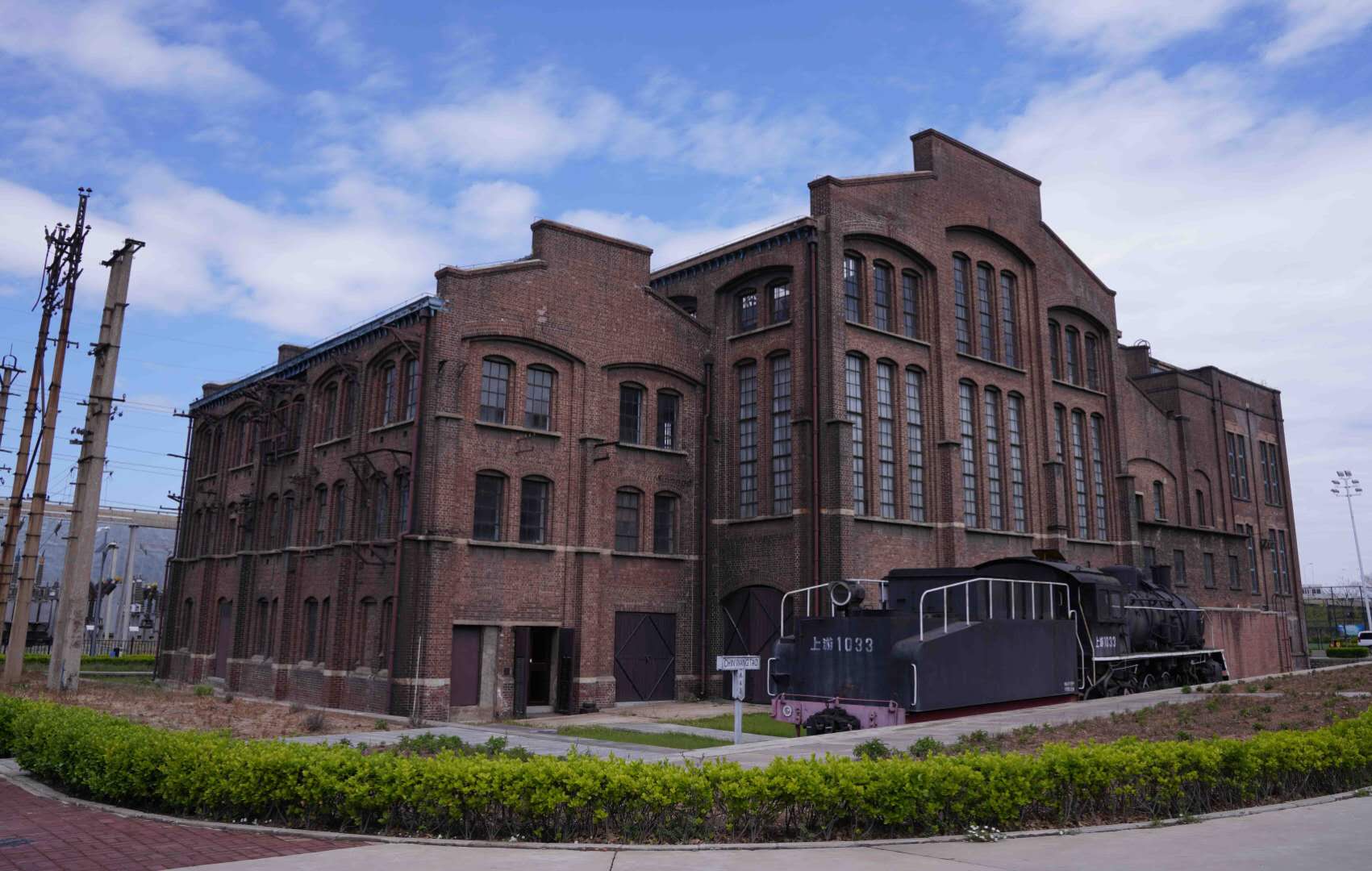 This small-scale steam locomotive for industrial and mining production was produced by Tangshan Locomotive Factory in which more than 1,700 locomotives were designed and produced, and this is the No. 1033.

The transformer substation equipment of 10 kV, 110 kV and 220 kV are displayed here.

Take bus No. 8 and get off at Xigang Garden (Frontier Inspection Station).