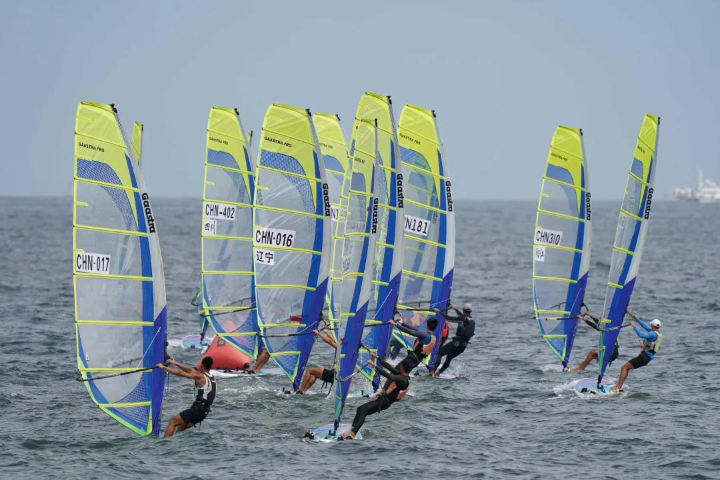 Men's GAASTRA PRO players are in the game. Photo by Li Duo

Wang Jiaxin, director of the competition department of the Chinese Yachting Association, said that this competition is the highest level of windsurfing in the country, with more than 20 items in 8 levels, bringing together the best athletes in the country, including the national team players. The wind was not strong enough that day, which requires higher sailing skill. 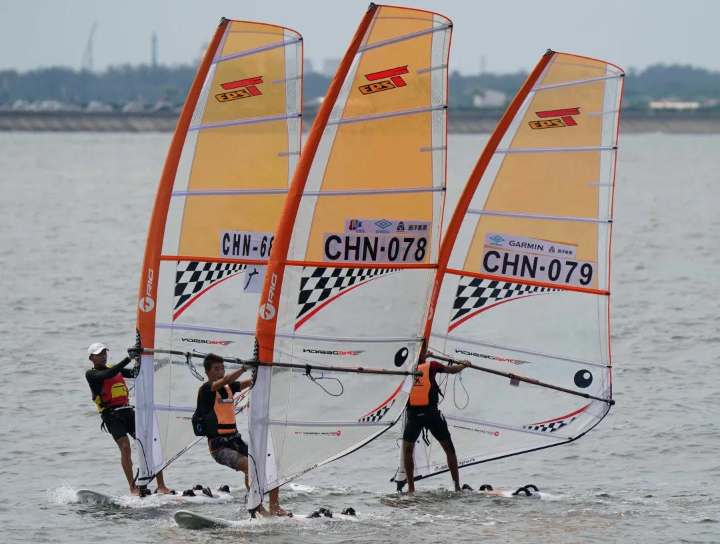 Men’s T293 players are in the game. Photo by Li Duo

“This is the charm of windsurfing. The conditions on the sea are changing rapidly, the only thing that players can do is to improve their skill.” Wang Jiaxin said, “I hope the weather will be fine in the next few days, so that the players can finish the competition and show themselves in a better competition environment, which will be the best result for the athletes and the event as well.”

Ye Bing from the Fujian team temporarily ranked first with 6 points after the first three rounds of the men’s RS: X-level Olympic event. Gao Mengfan from the Sichuan team ranked second, and Zhang Dianchun from the Liaoning team ranked third. Shi Hongmei from Zhejiang team temporarily ranked first with 12 points in the women’s competition, followed by Li Xiaoyan from the Guangdong team with 18 points, and Yan Zheng from the Zhejiang team with 19 points. 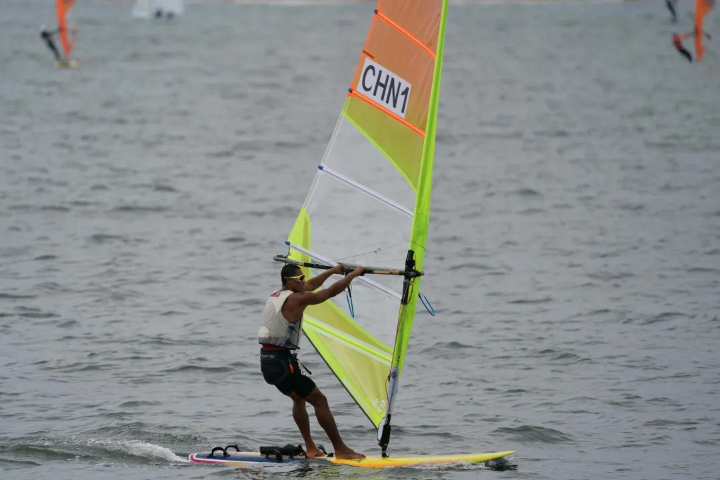 Bi Kun from the Hainan team is in the men’s RS: X level competition. Photo by Li Duo

Bi Kun from the Hainan team temporarily ranked ninth in the men’s RS:X level after the first three rounds. “I didn’t play well today for I haven’t been in competition for a long time, so it takes time for me to get excited. I will adjust myself for the nest rounds.” He said after the game.

The event was hosted by Chinese Yachting Association, the Sports Bureau of Hebei Province, and Qinhuangdao Municipal People’s Government, and organized by the Water Sports Management Center of Hebei Sports Bureau, Qinhuangdao Sports Bureau, Beidaihe New District Management Committee, and Sino-Ocean Group. At the same time, this is also the second event of the “2020 Qinhuangdao Sailing Season” after the Meisha Education National Youth Sailing League.