A City of Happiness 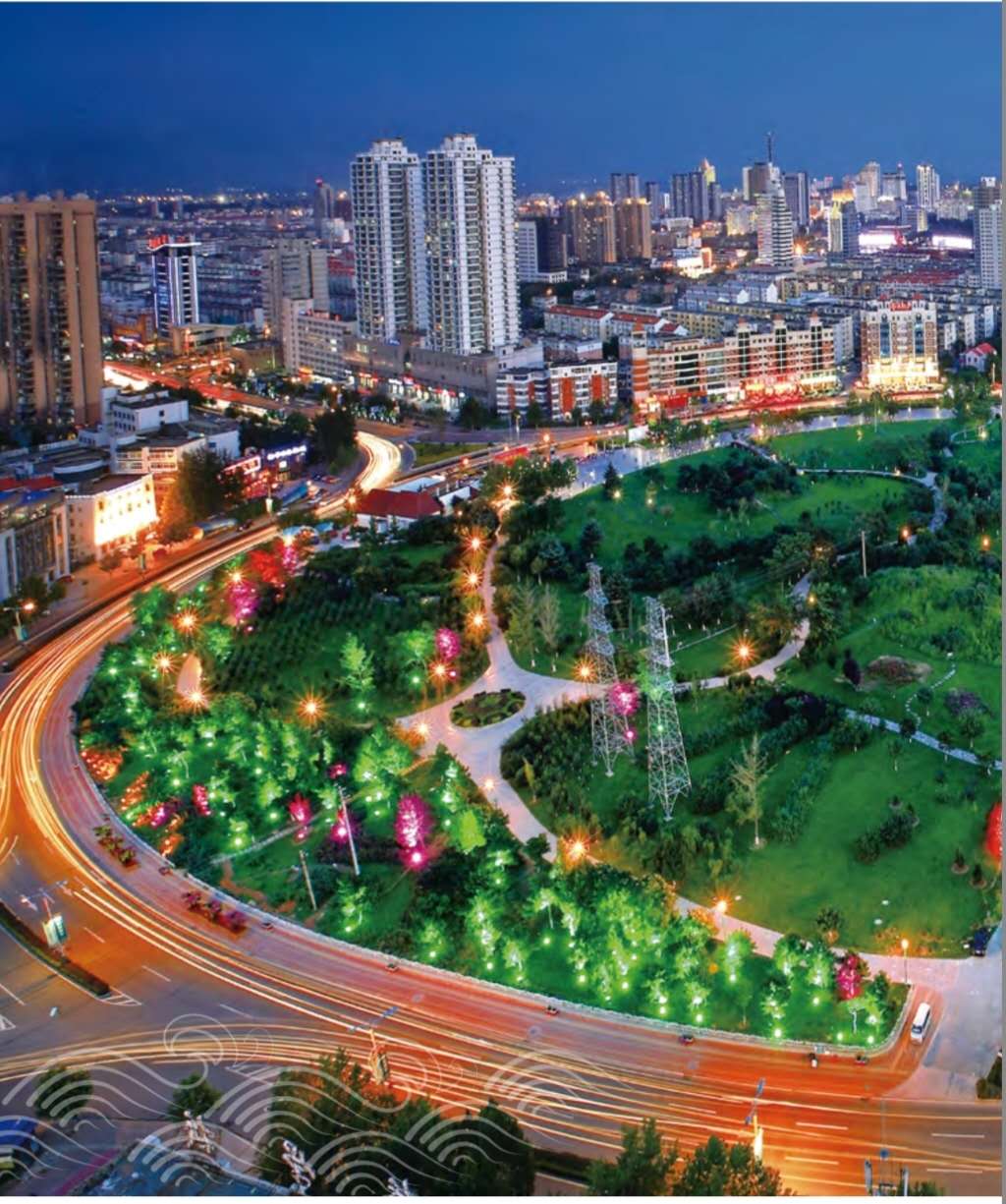 A City of Happiness
Qinhuangdao is a city of harmony and happiness, the people are friendly and true, they enjoy their happy life, accumulate strength, and pursuit dreams. 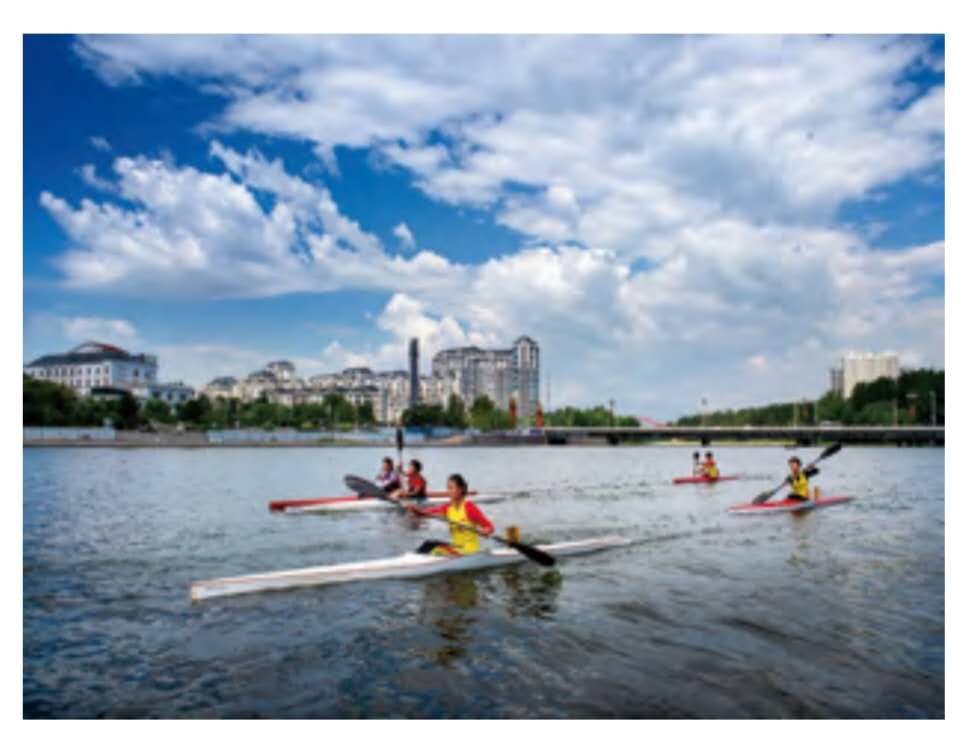 Ecological and Livable City
Good ecology and a beautiful environment are the most splendid hallmarks of Qinhuangdao. Neither too hot in summer nor too cold in winter, the climate is mild, and the forest coverage rate is more than 54%. The water quality compliance rate for drinking water and coastal waters are 100%, the key beach water quality meets the first-class standard, the Tanghe River and Daihe River were selected as the most beautiful rivers in China, and the air is rich in negative oxygen ions, Qinhuangdao was awarded the National Forest City. Being adjacent to the sea, blending with the forest, dancing with the sea of flowers, and being replete with fresh air, the city becomes the most environmentally suitable habitation in northern China, and  an ecological model city for the Beijing-Tianjin-Hebei urban agglomeration. Qinhuangdao is not only a livable city, but also a place to enjoy the good life. It has been hailed as a city of “health and longevity, beauty and happiness.” 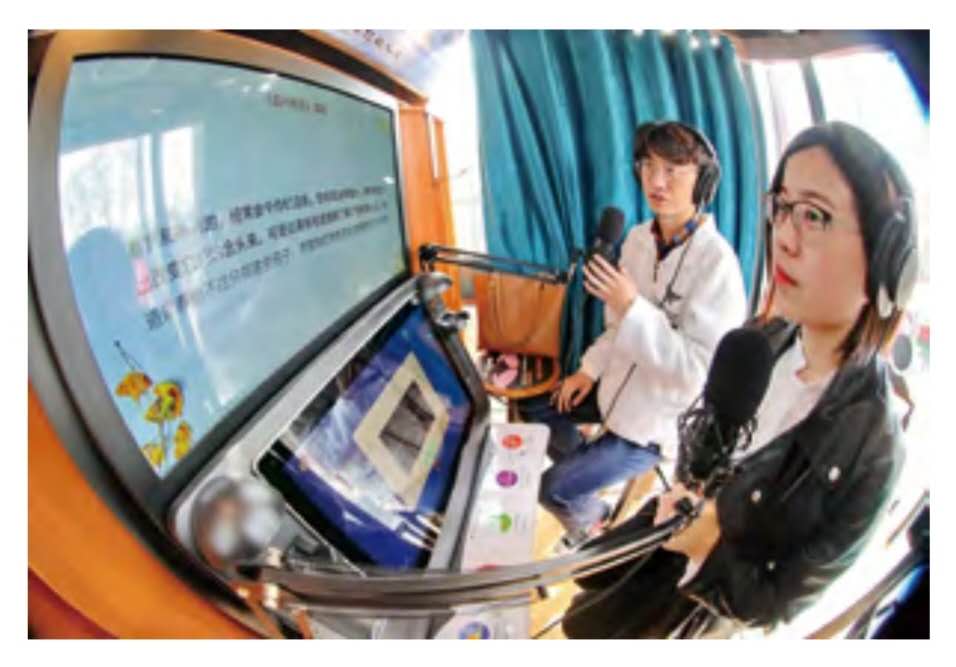 Culture
As of the end of 2019, there were 8 public libraries, 8 mass art and cultural centers, 106 cultural stations, 120 village and community cultural squares (cultural activity venues), 15 theaters and cinemas. 17 art performance groups were upgraded. There were 5 radio stations and 5 TV stations at and above the county level, and 1.03 million cable TV users. At the end of 2019, the comprehensive population coverage of radio programs was 99.5%, and the comprehensive population coverage of TV programs was 99.6%. 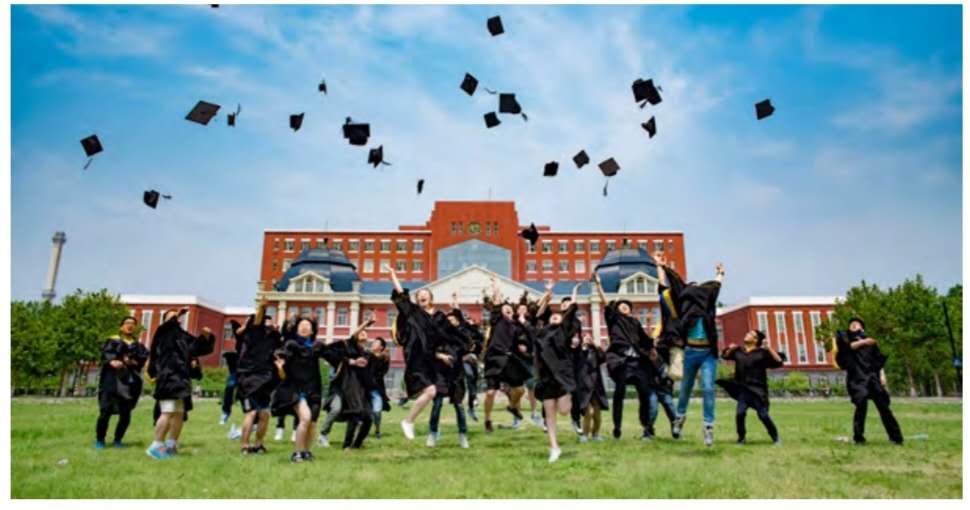 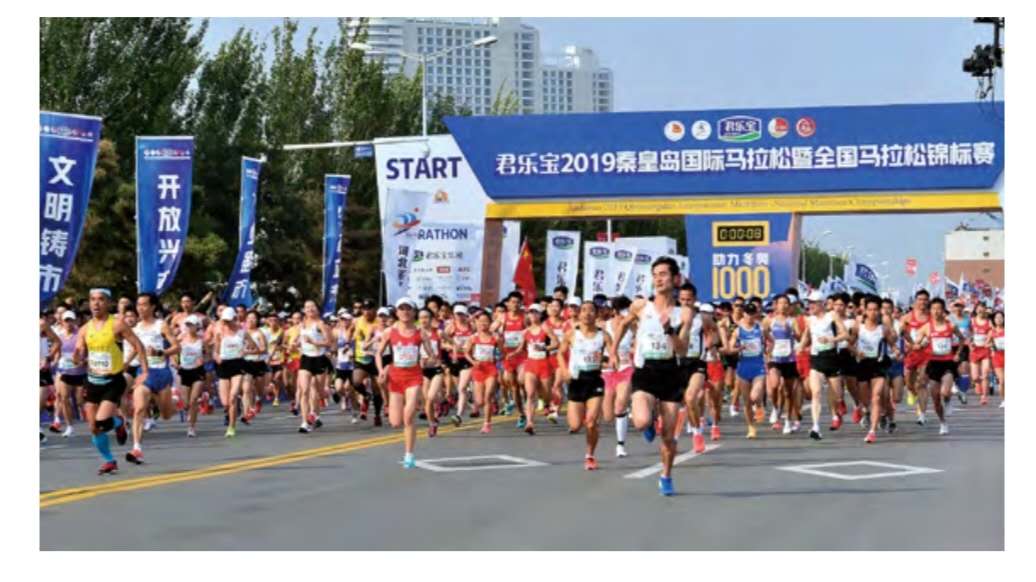 Sports
As the only prefecture-level city in China that has hosted Asian Games and Olympic Games, and as a national sports industry contact point, Qinhuangdao has a number of “national” sports facilities such as the Qinhuangdao Training Base of the State Sports General Administration, the National Swimming and Diving Training Base, the Olympic Sports Center, and the Chinese Football School. It has cultivated 12 international events, including the Qinhuangdao International Marathon, the Chinese Eight-ball International Masters, the Beidaihe International Roller Skating Festival, the World Walking Conference, the International Sailing Race, and the International Equestrian Grand Prix. In 2019, there were 6,795 sports venues in the city, and 25 sports  games system were held. Athletes won 51 gold medals, 55 silver medals and 63 bronze medals in various competitions above the provincial level. With the opportunity co-hosting the Beijing Winter Olympic games, we fully released the advantages of resources in the northern mountainous areas, and vigorously developed ice and snow sports and mountain outdoor sports. In terms of ice and snow sports, we took advantage of the geographical advantages, to speed up the construction of ice and snow stadium projects such as Qinhuangdao Four-Season Ice Skating Stadium and the Large Ski Resort of Tiannv Mulan Town. We expanded the industry scale of Laojunding Ice and Snow Park, Ziyunshan Ski Resort, and Jifa Ski Resort; implemented the plan of “1.5 million people participating in ice and snow sports”, for more people to participate in the ice and snow sports; launched three “10,000 people plans”(organized 100,000 primary and middle school students to experience the sports of ice and snow, sailing, windsurfing, and roller skating), to create a conducive atmosphere for national fitness.

People’s Livelihood
This is a city that is enveloped in warmth and affection. Fulfilling the public’s yearning for a better life is the goal of the government. It has vigorously developed social undertakings to ensure the improvement of people's livelihood. In 2019, the per capita disposable income of the city’s residents was 26,916 yuan, an increase of 9.6% compared to the previous year. According to the permanent residence, the per capita disposable income of urban residents was 38,359 yuan, an increase of 8.4%; the per capita disposable income of rural residents was 15,035 yuan, an increase of 9.6%. There were 63,000 new employments in urban areas, and the registered unemployment rate in urban areas was 2.83%. The urbanization rate of permanent residents was 60.72%, an increase of 1.3% over the previous year. Qinglong has achieved poverty alleviation with high success. We are making every effort to create a national health city. The public happiness index has been continuously improved. It has won the title of “the Most Caring City in China” and listed among the Top 20 Happiest Cities in China. It ranked 25 among “Top 100 Prefecture-level Cities of People’s Livelihood Development in China”. 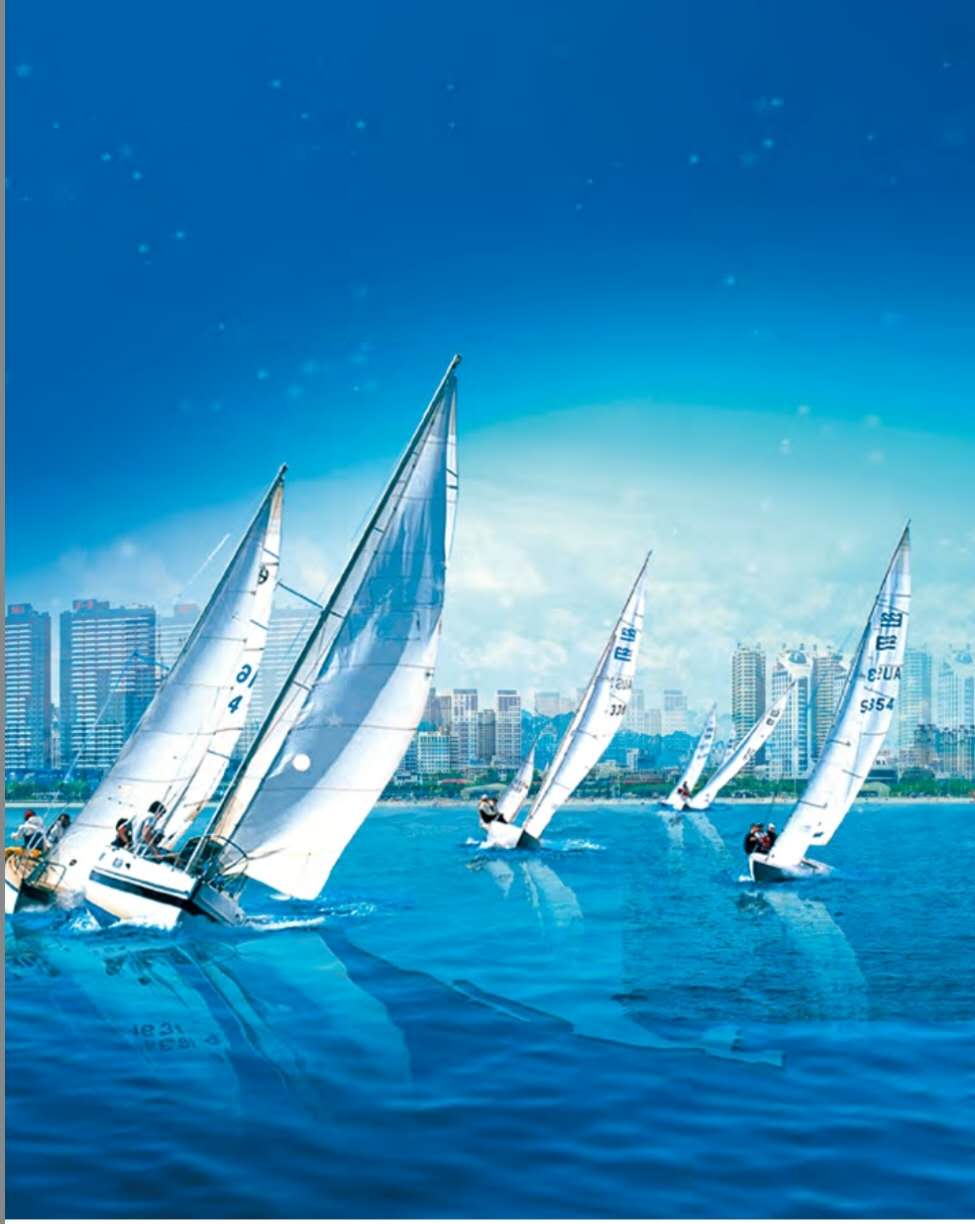 Sail Far with Fair Wind
The sea is vast with spring tides surging, and sail far with fair wind blowing. Many national strategy projects such as the “Belt and Road”, the coordinated development of Beijing-Tianjin-Hebei, the cooperation of Circum-Bohai Sea Economic Circle, the revitalization of the old industrial base in Northeast China, and the planning and construction of the Xiong’an New District are closely connected to Qinhuangdao, providing an unprecedented opportunity for Qinhuangdao to promote high-quality development. In 2020, we will insist on the principle of steady progress, adhere to the concept of innovative development, hold tight the guidance of “stressing political awareness, responsibility, implementation, and development”, and deeply implement the development strategy of forging the city with ecological balance, strengthening the city by industry, prospering the city by opening-up, casting the city by civilization. We will resolutely win the three major battles, conduct the activity of “three innovations and four constructions” (the “innovation, entrepreneurship, creating national civilized city, health city and forest city; building modern economic system, high-quality development system of integration of the rural and urban areas, and the first-class business environment”), further improve the quality of economic construction and social development, ensure the building of moderately well-off society in all aspects, win the battle against poverty relief, and successfully complete the “13th Five-Year Plan”. In the new era, more than 3 million citizens have embarked on a new journey to build the strong coastal city, beautiful port city, and international city. In the new era, through reform and opening up, Qinhuangdao is promising to welcome friends from home and abroad, embracing the world and striding towards a better tomorrow!