On the morning of October 4, which marks the key stage of the victories of the fourth quarter, and the celebration of the National Day and the Mid-Autumn Festival, the first sintered stone production line of the new energy-saving ultra-thin sintered stone project with annual output of 8 million square meters of Hebei Lingbiao Technology Development Co., Ltd. was put into operation, highlighting Lulong’s new achievements in “building the county by industry”, and injecting new impetus into the county’s high-quality development. 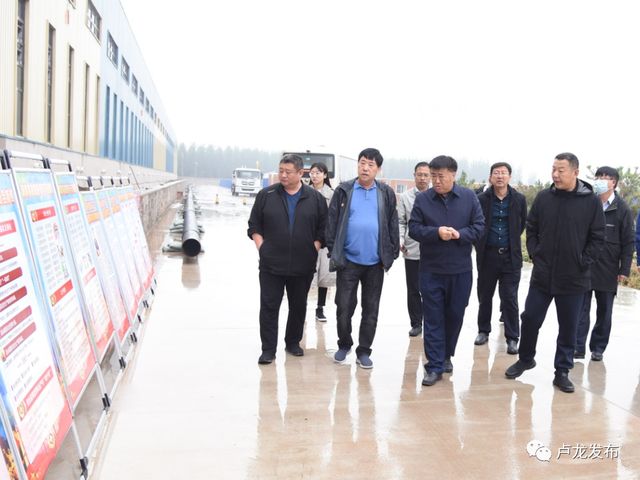 Ju Shiwen, secretary of the county Party Committee, have inspected on the progress of the project, urging Lingbiao Technology Co., Ltd. to firmly establish the concept of innovation-driven and green development, ensure the goal of the first sintered stone production line, and promote the remaining production lines’ construction in a rapid and stable way, to speed up the construction of the biggest sintered stone production base in Asia.

He said that the project is an important carrier of regional economic development, which determines the speed and quality of economic development. 2019 is a critical moment of industrial transformation and upgrading in Lulong County when Hebei Lingbiao Technology’s new energy-saving ultra-thin sintered stone project was introduced to Lulong County.

This project is the first large-scale sintered stone production project in north China. It is in line with the development direction of the national emerging industry policy, and conforms to the “1+4+1” industrial positioning of Lulong County. It is an important link in the industrial chain of prefabricated construction in Lulong County, and has promising market prospects.

Since the signing of the project, the county Party Committee and the county Government have attached great importance to it, holding meetings to deploy and implement various preferential policies to serve the enterprise, and handle problem in the procedures. Lingbiao Technology Development Co., Ltd. spared no effort to put into operation within 10 months with the strong support of Lulong government. 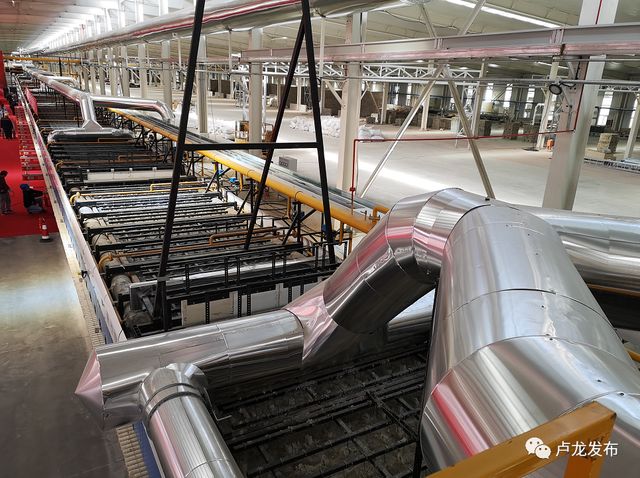 Zhang Zhiming pointed out that the operation of the project further highlights the new effect of “building the county by industry”, and injects new impetus into Lu Long’s development, and confirms determination of Lulong County to transform and develop. He urged Lingbiao Technology to adhere to the innovation-driven and green development strategy, continue to follow a low-carbon, environmentally friendly and personalized route, make full use of the presidential policies for enterprises of the central, province, city, and county, to boost China’s sintered stone industry, and effectively build benchmark enterprises in the industry.

The county Party Committee and the county Government will continue to uphold the concept of “serving entrepreneurs, taxpayers, and investors”, wholeheartedly provide the most favorable policies, the best environment and services for the project, to gain a win-win situation between government and enterprise.

“Jingwei Stone Co., Ltd. is mainly engaged in export. We have transformed and upgraded to produce sintered stone due to the outbreak of the epidemic, mainly aiming to domestic market.” said Xue Jian, chairman of Lingbiao Technology Co., Ltd., “This product is applicable to almost all the sectors, which is hailed as the new skin of the decoration by the design industry. It is expected an annual sales of 5.38 billion yuan, taxes of 230 million yuan, and 200 employment for local people.”

“The outbreak of the epidemic has brought unprecedented challenges to the building materials industry, and undermined our confidence. It is the sintered stone that brought about hope and rekindled the sparkles in our hearts. We have realized our dream by transforming the sintered stone from the building decoration materials market into the house furnishing market. As the first sintered stone production line in north China, it is a historical event in the transformation and upgrading of Lingbiao Technology, and plays a positive role in promoting the transformation and upgrading, structural adjustment, and green development of the architectural ceramic industry in north China.” said Gong Wei, secretary general of the China Building and Sanitary Ceramics Association.