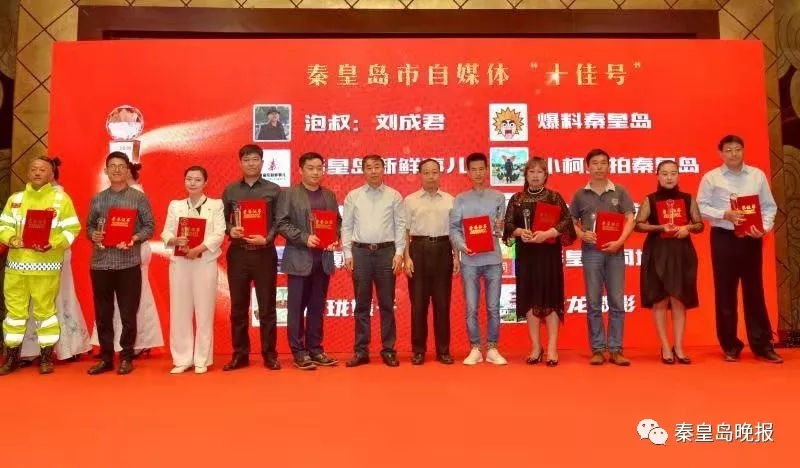 Chen Yuguo, member of the Standing Committee of the Municipal Party Committee and minister of Publicity Department, announced the list of the Top Ten New Media of Qinhuangdao city.

On behalf of the Municipal Party Committee and the Municipal Government, Ding Wei expressed his congratulations to the units and individuals awarded the Top Ten title, and gratitude to friends from all walks of life who have long been supporting the construction of the network culture of Qinhuangdao. He said that in recent years, we have earnestly studied and implemented Xi Jinping’s thought of socialism with Chinese characteristics of the new era, and deeply implemented the development strategy of forging the city by ecological balance, strengthening the city by industry, prospering the city by opening-up, and casting the city by civilization, focusing on promoting the construction of network culture. The festival successfully held for seven consecutive years has continuously launched cultural activities close to life, reality and needs of netizens, playing an active role in prospering network culture and leading social trends, which has become the most influential network culture brand in our city.

Ding Wei stressed that it is necessary to implement the spirit of the important instructions of General Secretary Xi Jinping, actively promote the construction of network culture, sing the main theme, spread positive energy, and jointly build and protect our “spiritual homeland”. The network media practitioners should adhere to the correct orientation, be the supplier of excellent products, and provide more and better “spirit food” for the people; the netizens of the city should actively promote the righteousness, be the communicator of network civilization and culture, and jointly maintain the healthy network environment, and promote the prosperity and development of the network culture; the relevant functional departments of the city should strengthen their responsibility, be the guardian of the clear space, and provide a clean and righteous network space for the majority of netizens.

This network culture festival is sponsored by the Cyberspace Administration of Municipal Party Committee from September to November themed with “My motherland and I”, based on which the publicity and education activities will be carried out, and online and offline activities such as short video display, online essay selection, and H5 works competition will be conducted, aiming at creating network culture works with positive, healthy, upward, goodness-oriented contents, carrying forward the core values of socialism, telling the good story of Qinhuangdao, spreading the positive energy on the Internet, and creating a clean and righteous network culture environment with civilization and harmony.